Most people have probably done this at least once in their lives.. You go to a restaurant and order a meal. The waitress is nice, comes over, gets your drinks, takes your order, checks up on you, refills, what not, brings out the meal, and woah, something is wrong, it is cold, bad, just something. But what do you end up doing? Getting mad and blaming the waitress. You might not give her any tip at the end of the meal, because you are mad about the mishap with the food. 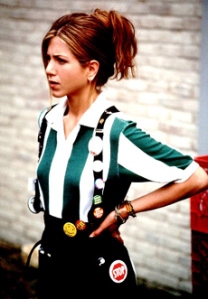 But then you start to think about it, and you look back and realize that hey, it wasn’t the waitress who caused the issue, it was probably the cooks! But you are already driving home and don’t really do anything about it.

People like to cast blame, even that might not be the right phrase, but people like to *call out* the group on the front lines (note: in most cases. For instance in the military campaigns, when one side loses, people blame the generals and commanders, etc, not the privates on the front lines, and rightfully so).

Now, don’t get me wrong, sometimes the problem might reside with the waitress, and then you would call her out on things, but you need to realize, your tip just doesn’t go to her. It gets split between her, the cook, the bus boys, the greeters, etc.

I hate playing any part of the “blame game”, but sometimes people should think through what they are actually “blaming” and make sure it just isn’t calling out the front lines because that is what is easiest.

I’m not sure that Business Intelligence will ever fully get around taking most of the up front hits when something goes wrong with data, or with a reporting server, or with anything that might be outside of its control, but what Business Intelligence groups should strive for is to be accountable for things within its control, such as finding problems before the business does, handling data integrity issues with ease, making ETL’s more fault tolerant, getting and handling server alerts for jobs and processes that it is in charge of, etc, etc.

Just try to remember the next time your food is cold at the restaurant, try not to blame the waitress 🙂

I hate meetings. Really, I do. They are toxic.

But one of the things your team needs to do is meet daily. With agile, it’s called the daily standup or daily scrum meeting. But what is it?

Should you meet on your sprint planning day? I say yes.

What else does the daily standup bring us? Communication. Everyone should know what everyone else is working on, where things are at. People can’t hide. They need to give updates, they probably should have a good reason or be working on something else off sprint if they have no update.

What else does it bring? In my eyes: Discipline. Making sure you know what you did, what you are doing, and always meeting at the same time, and doing the same thing every day brings a little discipline to the team. Keeping things on track, 15 minutes, cruising through updates, instead of meeting speak and 60 minutes of babbling. It does good for everyone. It lets your do’ers get on with their day so they can keep burning down points!