It’s been a loooong time since I have posted here. Well, time to change that. The experiment is over. Always been toying with other things. Twitter, Google+, Facebook, svbtle, medium, blogger, whatever. But I guess this is where I belong. Hell, I’m getting requests from this guy.

I focused on some other things.. stevenovoselac.com, which still is an experiment. Orignally it was a lifestream, on a few different services, then Posterous, which Twitter bought, so I moved it to WordPress, then Squarespace (which locks you in HARD btw) – and now decided to take some of the posts and move to svbtle. We will see what I do with it. Like I said, still an experiment.

What’s changed since then?

I’ve cleaned up the theme a bit. Cleaned up some links etc. Still some categorization to here. Oh yeah, still have ads too. It pays for the hosting, and a beer every few months. 🙂

Looking at my Google Analytics, I can tell you exactly when Google Reader shut down…

Not even sure if anyone still reads blogs… do they? I know I do. Feedly is my drug of choice for a reader. 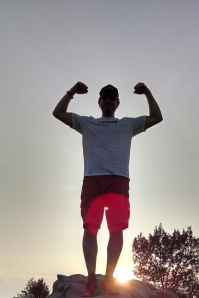 What do people want to read about? Let me know in the comments.. which I guess I might see one or two. Otherwise I will just make up stuff as I go, which is pretty much how I operate anyways. 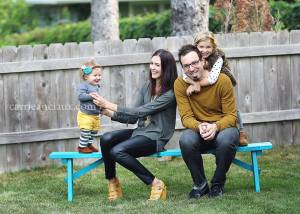 Oh yeah, I love that Mase song – listen to the YouTube, it’s awesome.

Worked on the basement pretty much all weekend. Finished painting, put up trim and cleaned it up. Hauled in the last of the stuff I had out in a trailer. The couch was a debalce. Wouldn’t come through the back door, and it fit though the front door, but wouldnt turn the corner down the basement. What we had to do was cut a hole in the sheetrock from the garage to the side door – like I said, debacle. Wish I would of taken a picture, because the sheetrock is back up now. I got DirectTV – finally. After them cancelling once, then cancelling again – and me calling and saying, today or never, they sent a tech out who got here at 7PM. Also I think I found a bug of some sort with SQL 2005. I set up a new laptop this week, and it was fine, but then I noticed IISAdmin service was crashed and wouldnt start – WTF right? So I do a clean install – start getting everything installed, IISAdmin was fine – until I installed SQL2005 (everything – RS, AS, IS, MS). So now, I’m on my second clean install, and I havent installed SQL yet. I think I am going to just install Management Studio and hope to heck that IISAdmin stays running.

I usually don’t talk about work on my blog, but I figured this is a pretty big thing, so I would post about it. Tomorrow I start my first day at my new job, at freeze.com. For the last 5 and a half years I have worked at St. Cloud Wireless Holdings, the holdings company of Cellular 2000 (Recently sold to Verizon) and Northern PCS, a Sprint PCS Affiliate. It has been a good place to work at, and I have learned a lot. I just am ready for something new. Hopefully I will enjoy my new job, and I am looking forward to new challenges.

New wireless internet provider for the Central MN area. Check it out. It competes with Clearwire and Cityscape.

I received an email from Microsoft, one of their daily or weekly “Microsoft News” emails. One good link that I saw was “7 rules for using laptops in meetings” By Jeff Wuorio. It really makes sense

Here is the link – enjoy

7 rules for using laptops in meetings